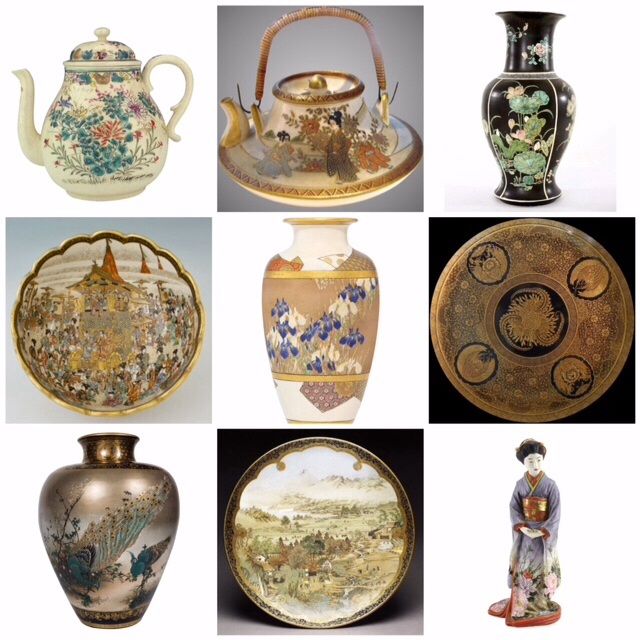 Style and design of Satsuma-ware 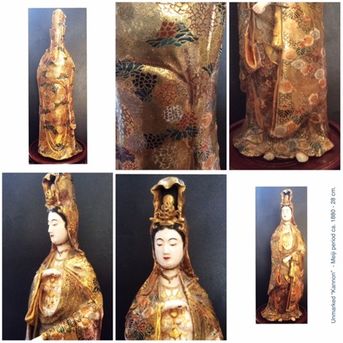 Satsuma ware can be found in all shapes and styles on the Western market. In this file we’ve tried  to reduce all this different styles to a smaller number of categories. In our opinion it helps to understand Satsuma-ware better and fully appreciate its beauty. Moreover, the recognition of style characteristics can also lead to a better estimate of the age and quality of a certain piece. In this database we try to classify Satsuma according to the different styles and methods developed during the Meiji and Taisho period, or what was an interpretation of earlier styles or innovations inspired by the West. It is therefore not about the actual depiction what is on it (such as in the 'Images on Satsuma' section), but about the way in which Satsuma is designed stylistically and the technique that has been applied.

We do this based on Kinkozan, the largest producer of Satsuma ware in the Meiji and Taisho period. Kinkozan was not only the largest producer in number under the leadership of Kinkozan Sobei VI, but he was also one of the most innovative producers, who worked in almost every conceivable style and experimented with countless techniques. Kinkozan expertimented with glazes, styes and forms, but also in painting techniques. He used western painting technique styles with perspectives and light-dark hues to create a three-dimensional effect in figures as wel as in the surrounding background. It is in contrast with the more twodimensional, graphic way of painting in Japanese tradition. He id this in a very wide range that could vary in quality from cheap souvenirs to very elaborate and expensive pieces of work that only the rich could afford. Kinkozan was also very sensitive to the wishes of his customers, had many foreign contacts and his work is therefore very easily available in the West. All together Kinkozan's work makes it possible to get a good picture of the many forms and styles in which Satsuma was produced during the Meiji and Taisho period.

In this file you can find examples of: