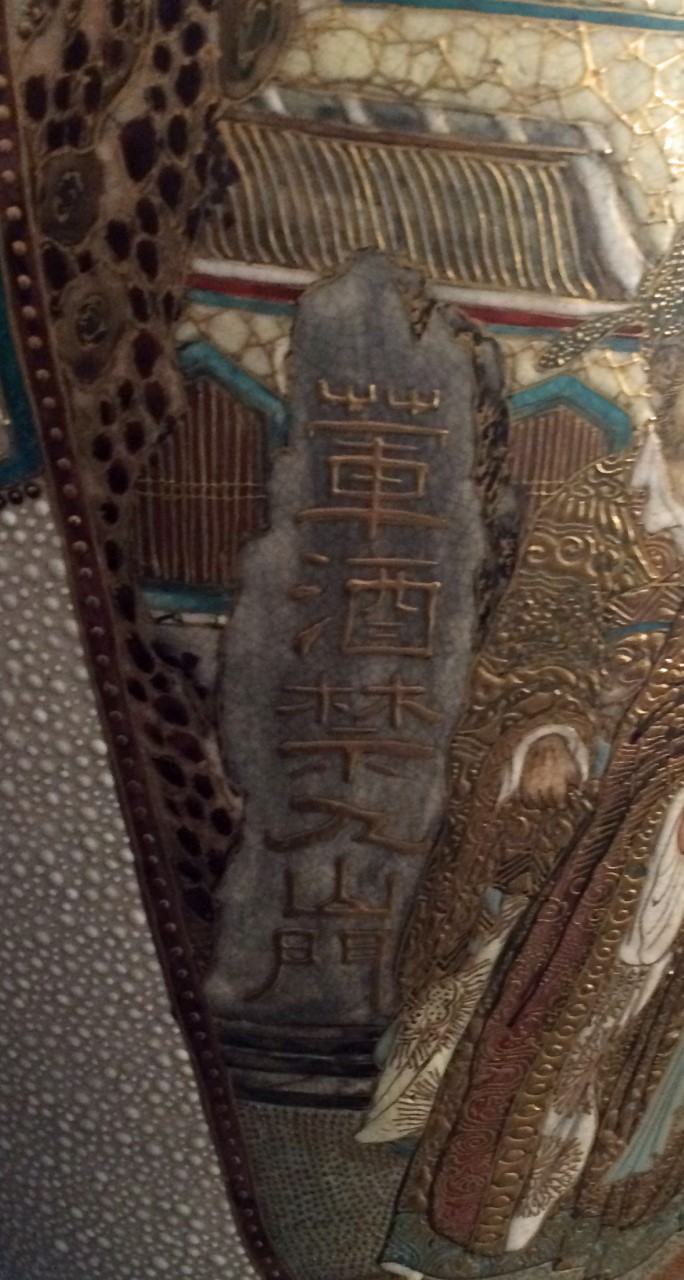 One of the panels contains a text that is somewhat cryptic for a Westerner. The text 葷酒禁九山門, can literally be translated as "garlic sake forbidden nine mountains gate". It refers to Zen Budhism, where the "nine mountains gate" is a way of meditation to achieve enlightenment.The combination Garlic-Sake-Prohibition is even more enigmatic, but, as can be read in Tantra in Pacticec by David White (Princeton University Press, 2000) : "In Japanese history, kekkai has generally denoted the divisions between monastic and lay territory. There are signposts known as kekkai stones that stand at the entrance to some temple buildings (especially ones set aside for assiduous contemplative practice), which frequently contain the engraved admonition that women, alcohol, and garlic are not permitted beyond the sign".